This project is an update of Paul Rebuffat’s Messerschmitt Bf 109F&G for MS Combat Flight Simulator 2. Paul built this model not long after CFS2 was released, and had shared his source files with me as part of his efforts to share knowledge with other aspiring designers. I later asked for, and received, permission from Paul to develop his model. I worked off and on on the model for many years, but never produced anything worth releasing.

I became involved with a couple of other developers doing repaints and updates for Akemi’s Fw 190A for CFS2, my contribution being in weapons and upgrade parts. The group adopted the informal name “Team Daedalus”and together, we produced a number of Fw 190A  models.  After the project was complete, we each went our way.

The current project, the update of Paul Rebuffat’s 109s, came about when one of the other members asked me for a simple update of the old models. Never being one to do things the easy way, I then began to look at all the updates I’d started using the 109 source code, and I started pulling them togehter in a massive overhaul of the original models.  We started with the Bf 109G-6, and in the three-plus years since, this project has blossomed into pretty much every model of the BF 109F & G, and at the same time, we have been using the source to build a Bf 109E as well.

In these pages I detail some of the work that has gone into this project, and also some of the details and challenges of building models of the BF 109. 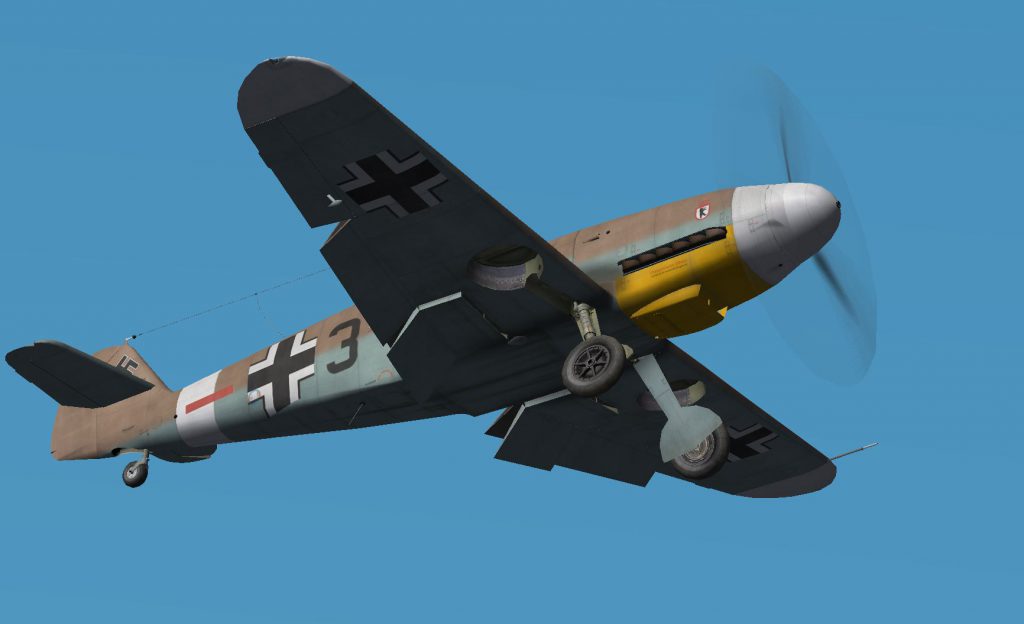